A beautiful write up by Vir Sanghvi  (Editorial Director of Hindustan Times) on Kolkata & Durga Puja :

What 'Pujo' means to a Bengali ?
Most modern Indian cities strive to rise above ethnicity. Tell anybody who lives in Bombay that he lives in a Maharashtrian city and he will take immediate offence. We are cosmopolitan, he will say indigenously.

Tell a Delhiwalla that his is a Punjabi city (which, in many ways, it is) and he will respond with much self-righteous nonsense about being the nation's capital, about the international composition of the city's elite etc.

And tell a Bangalorean that he lives in a Kannadiga city and you'll get lots of techno-gaff about the internet revolution and about how Bangalore is even more cosmopolitan than Bombay.

But, the only way to understand what Calcutta is about is recognize that the city is essentially Bengali. What's more, no Bengali minds you saying that.
Rather, he is proud of the fact.

Calcutta's strengths and weaknesses mirror those of the Bengali character. It has the drawbacks: the sudden passions, the cheerful chaos, the utter
contempt for mere commerce, the fiery response to the smallest provocation. And it has the strengths (actually, I think of the drawbacks as strengths in their
own way). Calcutta embodies the Bengali love of culture; the triumph of intellectualism over greed; the complete transparency of all emotions, the
disdain with which hypocrisy and insincerity are treated; the warmth of genuine humanity; and the supremacy of emotion over all other aspects of human
existence.

That's why Calcutta is not for everyone.

When I look back on the years I've spent in Calcutta - and I come back so many times each year that I often feel I've never been away - I don't
remember the things that people remember about cities.

When I first came to live here, I was told that the city would grow on me. What nobody told me was that the city would change my life. It was in Calcutta that I
learn't about true warmth; about simple human decency; about love and friendship; about emotions and caring; about truth and honesty. I learn't other things too. Coming from Bombay as I did, it was a revelation to live in a city where people judged each other on the things that really mattered; where they recognized that being rich did not make you a better person - in fact, it might have the opposite effect. I learn't also that if life is about more than just money, it is about the things that other cities ignore; about culture, about ideas, about art, and about passion.
In Bombay, a man with a relatively low income will salt some of it away for the day when he gets a stock market tip. In Calcutta, a man with exactly the same
income will not know the difference between a debenture and a dividend. But he will spend his money on the things that matter. Each morning, he will read at
least two newspapers and develop sharply etched views on the state of the world. Each evening, there will be fresh (ideally, fresh-water or river) fish on his
table. His children will be encouraged to learn to dance or sing. His family will appreciate the power of poetry And for him, religion and culture will be in
inextricably bound together.

Ah religion! Tell outsiders about the importance of Puja in Calcutta and they'll scoff. Don't be silly, they'll say. Puja is a religious festival. And Bengal has voted for the CPM since 1977. How can godless Bengal be so hung up on a religions festival? I never know how to explain them that to a Bengali, religion consists of much more than shouting Jai Shri Ram or pulling down somebody's mosque. It has little to do with meaningless ritual or sinister political activity.
The essence of Puja is that all the passions of Bengal converge: emotion, culture, the love of life, the warmth of being together, the joy of celebration, the pride in artistic expression and yes, the cult of the goddess. It may be about religion. But is about much more than just worship. In which other part of India would small, not particularly well-off localities, vie with each other to produce the best pandals? Where else could puja pandals go beyond religion to draw inspiration from everything else? In the years I lived in Calcutta, the pandals featured Amitabh Bachchan, Princes Diana and even Saddam Hussain! Where else would children cry with the sheer emotional power of Dashimi, upset that the Goddess had left their homes? Where else would the whole city gooseflesh when the dhakis first begin to beat their drums? Which other Indian festival - in any part of the country - is so much about food, about going from one roadside stall to another, following your nose as it trails the smells of cooking?
To understand Puja, you must understand Calcutta. And to understand Calcutta, you must understand the Bengali. It's not easy. Certainly, you can't do it till you come and live here, till you let Calcutta suffuse your being, invade your bloodstream and steal your soul. But once you have, you'll love Calcutta forever.
Wherever you go, a bit of Calcutta will go with you. I know, because it's happened to me. And every Puja, I am overcome by the magic of Bengal.
It's a feeling that'll never go away. 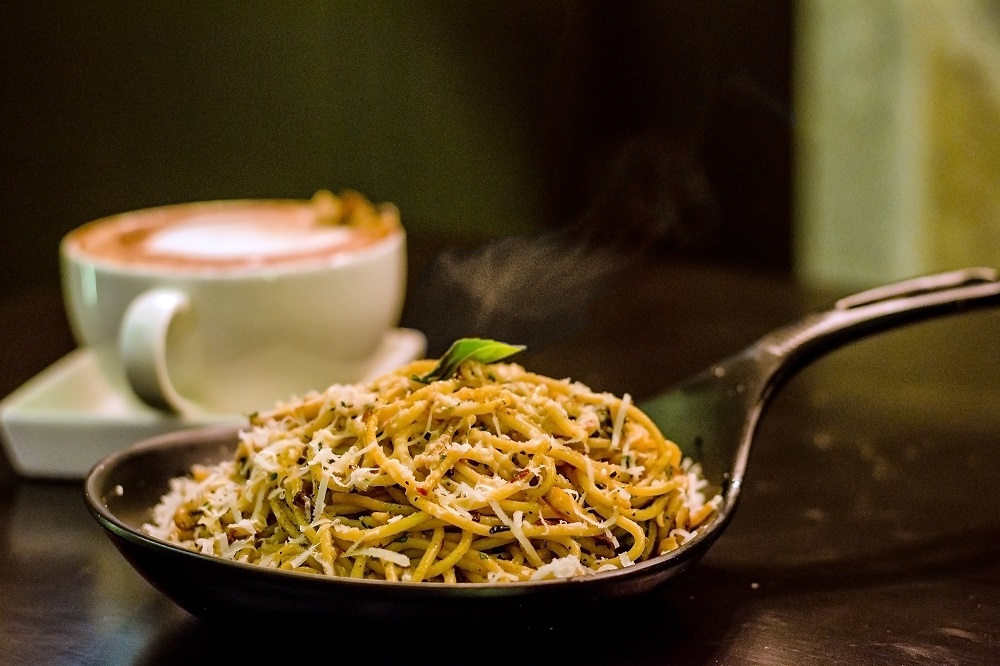 Kolkata Has A New Dog Cafe In Salt Lake! 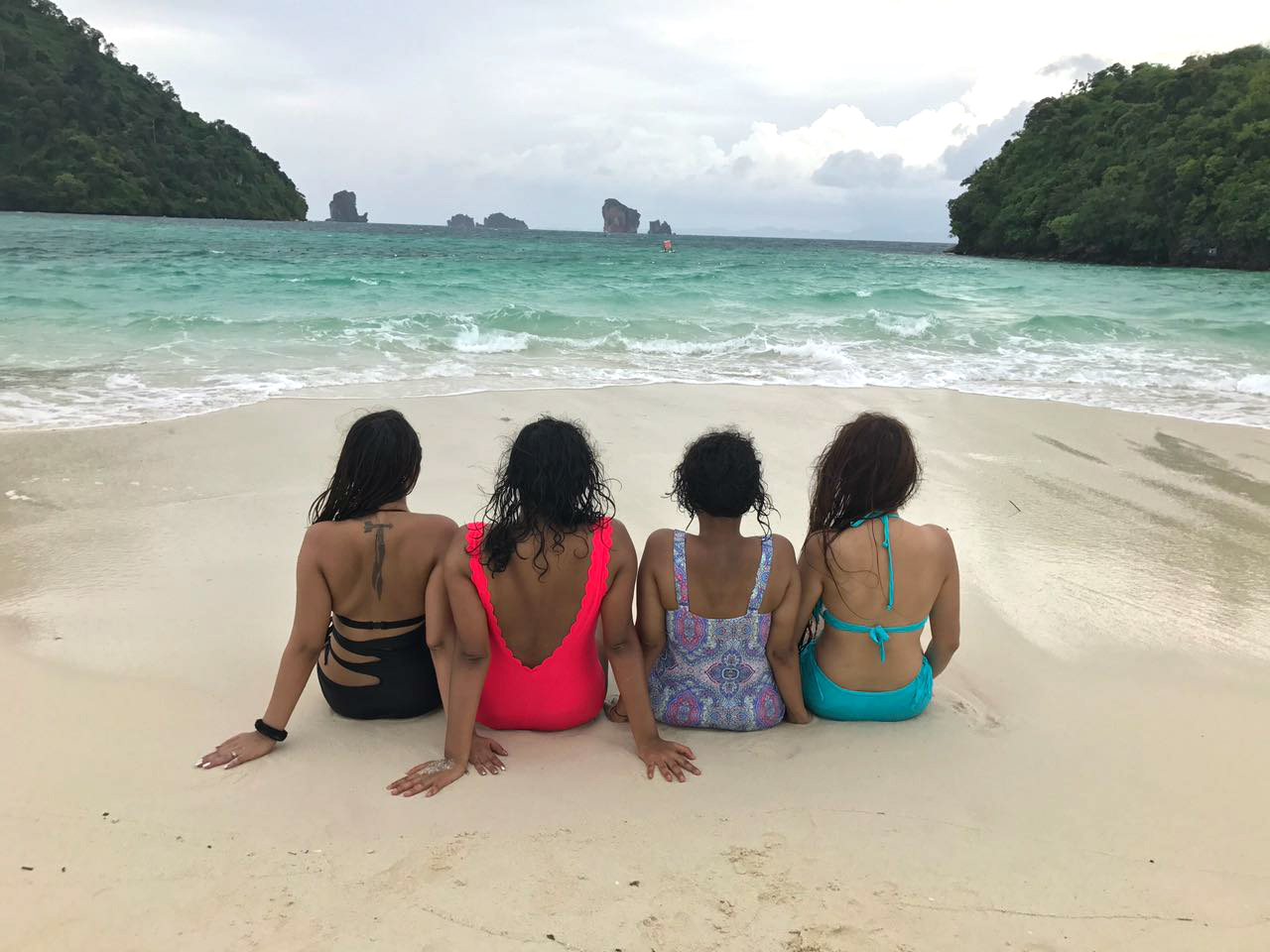